Rachel McMillan and I met through social media. We’ve travelled in the same circles for a number of years, but didn’t physically meet until this past summer when I finally was like, “Dude, you write, I write. We like the same things. We should have food and drink together”–although I probably didn’t use “dude” but I’m sure she would approve.

Since then we’ve explored Niagara on the Lake, Leaskdale, and Norval, and talked about Maud, Dean Priest, and–yes–Almanzo Wilder. Watching Rachel discuss re-reading the Little House series on Facebook and then falling in love with Almanzo Wilder was not only delightful, it also reminded me of my past posts on the subject and what I hope to discuss this summer in Laurapalooza (if they love my proposal enough and if the money all comes together.) 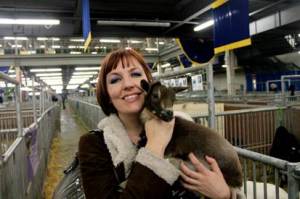 Rachel  works in Educational publishing in Toronto. She is an aspiring author and spends a lot of time reading and thinking about Sherlock Holmes. You can find her at a Fair Substitute for Heaven (which I highly recommend) @rachkmc on twitter @rachkmc on instagram. She’s a true inspiration, a positive force in the universe and so supportive of those in her life.

When Rachel asked if she could write a post about her discovery about Almanzo for my blog, I was like,”Uhm…yes!!” So here is her story of finding true love with Almanzo Wilder.

One day, Melanie and I were talking about everything sparkly and splendid. I asked her, as I had always wanted to ask her, what the deal with Almanzo Wilder was? Stroke. Bum leg. Pantry (that was my initial takeaway). I got home and googled him, finding sepia-toned daguerreotypes of a Paul Walker looking stud-muffin. Laura Ingalls Wilder nailed this down? Go Half-pint! 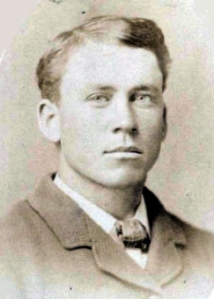 When I got home, I finally filled a cavern in my cultural education and downloaded the Little House books. And, in traditionally quirky Rachel fashion, started at the place one should never start: The First Four Years. But, mea culpa readers, I had Almanzo on le brain and I wanted Almanzo and I wanted him fast. And I got him in his pantry-building splendor. 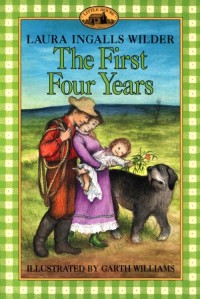 Falling easily into Laura’s conversational and often pragmatic tone, I soon realized why the obsession and devotion to her runs swift and true. There is something addictively beguiling about the rudimentary claim shanties, something so heart-wrenching about the gamble and gamut of a bad crop, something so uplifting in the spirit of women and men who tried and tried again. Into this, Laura sprinkles the everyday. The commonplace. Here, she bids you, come and have coffee-maker-ground wheat bread and watery tea and maybe even some cod drippings and listen to how we lived in a SOD CAVE by the banks plagued with mosquitoes. Here, want more dripping? I can weave you a crazy Lizzy-Borden-in-embryo tale of these weird ass people who I think might be killing each other with knives. But, alas, Gilbert Blythe didn’t give me the Avonlea school and I am miles away from home.

So, I read more. And the more I read, the more I wanted Almanzo and Laura and the more I pined for the Pioneer Girl that everyone is desperate for. But much like those late-to-the-ship Game of Throners who whine that they now have to wait for the next Song of Ice and Fire book, I know I have not paid my dues. I know that I am coming to the party at an opportune time just as the book releases.

Seriously, if Laura had written eighteen more books like These Happy Golden Years I

probably would re-read them to shreds. I only needed Almanzo: at the forefront of thought, showing up with those awesome horses, driving Laura from weird-ass-knife-wielding house back to Ma and Pa’s fiddle. I wanted the sleigh rides to go on forever: despite the fact that they were often ill-planned and ill-thought and both parties almost died from exposure to the elements. I wanted to sink into a world of unending Laura and Almanzo courtship, unsullied by the resting bitchface of Nellie Oleson, oblivious to the Wikipedia information I gleaned about Laura and Almanzo’s later years with Rose.

That, too, is part of the charm. You become nostalgic for a time you never lived in and the gold-hued, silver-stained memories biased by Laura’s fictionalized intention become your own.   And you appropriate Laura’s sparkling independence. “Almanzo I must ask you something?”, Laura addresses her now affianced, “Do you want me to promise to obey you?” Like, frak, people. I can’t handle this. The awesomeness here, made more manifest by Almanzo being all “heck, no. wedding ceremonies are better without it” occupied my brain space for days. I wanted more Almanzo . I wanted to know when his interest in her first occurred….and why. I wanted to know why he mentioned that his sister (teacher who hated Laura) talked about her and what, in those conversation, planted the Laura Is a Potential Lifemate seed. I wanted to know it all.

Reading backwards, I stumbled into The Long Winter, which is not unlike those beaches you go to where it’s all sand-sand-wading-sand-followed by a deep fall off where you can no longer touch bottom. First it was portentous sage Indian wisdom “Beware the Ides of March” and a strange burrow for the muskrats and then it is STARVATION and DOOM and Pa’s inexplicably bad decision making skills: Sure, Wilder boys, I will totally eat these pancakes so you can see how emaciated I am. No, no. Let’s not worry about my family! And pancakes. And Cap Gardner who we know by his name was just hella rapscallion and hot.

The descriptions were lyrical and sumptuous at times and also barren and prickly and harrowed.   I could feel the chill of the frost creeping over the nails and wooden boards above Laura’s head. I could feel the festering, smoke-exhausted drain of air in the too-small cabin housing a family trying desperately to keep warm using alternatives for coal. And I could feel the desolate despair at the harbinger of a train whistle that never came.

The experience of reading the Laura Ingalls Wilder books backwards and, subsequently, the realization of an appreciation that is shared by so many allowed me to step into a clubhouse in which I was finally a member. I belong, I thought!, and this is a cool crew. I even spent some time reading The Wilder Life by Wendy McClure which is possibly the funniest thing in the world –even if you are not overtly familiar with the Wilder canon. For, it is the best type of memoir: one inspired by book love. McClure gets the Almanzo thing. She pines for him, too.

“Long before it is appropriate for Laura to even notice Almanzo, she’s digging those Morgans of his.” Yes! Yes! I was right! Thanks, fellow club member, I knew the horses had to be an important nod to Laura’s growing attraction. “… nothing unseemly ever happens in that buggy seat, but there’s plenty of hot action at the other end of the reins, thanks to Almanzo’s frisky new team, Skip and Barnum.” Yes! YES! I knew that there was innuendo in there somewhere. Barnum is just too hot on the action. And, like McClure, I recognized that interred in Laura’s recollections, is a core of lyrical writing. Just like the steamy under-the-surface references to virile horse activity, so are there flashes of golden poetic moments. Stripped of the purple prose Montgomery beguiles us with, these flashes are as wonderful as an Almanzo Sunday buggy ride. “All this was theirs: their own horses, their own cow, their own claim. The many leaves of their little trees rustled softly in the gentle breeze. Twilight faded as the little stars went out and the moon rose and floated upward. Its silvery light flooded the sky and the prairie.

Ownership of the stark wisdom, ownership of the Almanzo pantry-building attraction, ownership of lines like “the shimmering heat-waves made a silvery appearance that retreated before them on the road ahead, like water, and phantom winds played in the grasses, twisting them in frantic writhings…” the best books inspire ownership. That is why we become so fangirlishly attached to them. That is why our opinion and our viewpoint and our idea of what Almanzo and Laura are is the only opinion and viewpoint. Others need not apply.