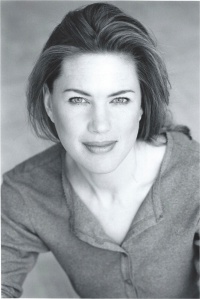 On Tuesday I had posted Part One of my discussion with Sandra Nickel. Today marks the second and last post in my Embodying Character Series that I hoped you have enjoyed. Sandra and I conclude this discussion with an exploration of how we can connect acting techniques to the writing process, as well as some of the challenges or opportunities that writers have that an actor might not.

Mel: Wardrobe, a wig, a prop. These are ways that actors can find portals into their character. What did you find interesting in how Ellen and Patrick tried to experience their character?

Sandra: I loved what you and Ellen said about the importance of experiencing the hair and wardrobe of a character—especially for historical characters—how Ellen rehearses in a long skirt for Anne and how you have grown your hair out for writing your YA novel about the teen L.M. Montgomery.

Patrick also talks about how a cane or a cigar can be a portal into character, but how in the particular case of Gilbert he didn’t use outward props or wardrobe as his way in, but rather relied on his own body as his ‘prop,’ first to show the loose, rough physicality that reflected youth and later to portray the stillness and strength of confidence.

Way back when I was acting, Woman’s Day did a little feature box on me, where I spout a bit of method in ‘I feel so much better in color.’ I felt more vibrant and alive for auditions in fuchsia, rather than my usual black and oatmealy things—more exposed, too, which has the benefit of heightening emotion. It’s really just common sense. Change your clothes and you will change to a certain degree. The trick for both the actor and the writer is to be porous, open like a sponge, so that the meaning of this will absorb into you and flow out in the character’s voice, expressions, and movements. For me, knowing all the small details of what my characters are wearing is very important for discovering how they move in their own bodies and how they move around their world. A girl acts differently, sits differently, runs differently if she is wearing a skirt or pants or if she is showing a lot of skin or barely none at all—even if she is wearing something bright rather than oatmealy

Mel: How have you been able to have that tactile experience with your characters? You talk about the small details, can you think of an example of how you got to that place?

Sandra: If I lived out fully what I believe, I would wear an itchy wool sweater and pleated skirt when I work on the boarding school story I’m revising and a corset and voluminous dress when I revise my fantasy novel. But since I’m—let’s be honest—far too lazy to dress and redress throughout the day, I rely on my imagination and tons and tons of photographs up on my screen.

As an in to my characters, I often dress them, which doesn’t just mean seeing them in their outfits, but which literally means, getting my boarding school protagonist Lorna out of bed and imagining her shrugging into her starchy white shirt and itchy wool sweater—the one with the stretched out cuff—and then pushing the knot of her tie up into the V of her collar and pulling up cotton socks that may or may not have enough elastic in them. All of this detail gives me fodder for her irritated and nervous gestures—and for reminders to the reader of her personality. The hanging, loose cuff stands as a constant reminder to the reader that Lorna has a lot of unhappiness and nervous tension bottled up inside her, because the reader has seen Loran pull at that cuff and twist it more than once. 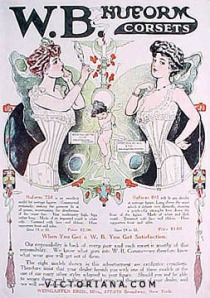 Mel: I’ve been totally trying to do this, too. But I’m with you on the wardrobe changes… Although writing while wearing a corset might be worth pursuing…What are some of the ways that writers can learn from actors, perhaps things that they are able to do better?

Sandra: I believe actors do a much better job than writers in living out an injury. Actors have makeup that show bruises and bumps and they absolutely must adjust physically for their injury to be believable to their audience. Writers, on the other hand, often give an involved play-by-play of the tension and horror of an accident or injury, but then forget the ramifications of the injury. Scrapes and bruises don’t last beyond their creation, broken legs don’t seem to hurt, and don’t even get me started on how many passionate, wound-ravaging kisses have been shared over a hospital bed.

Mel: Did you notice any techniques that Ellen and Patrick used that sounded similar to how writers pursue story?

Sandra: I had to smile to myself when I noticed that Patrick’s and Ellen’s approaches to taking on their roles cut along one of the greatest divide between writers—the tendency to be plot-focused versus the tendency to be character-focused.

Patrick, at least as far as his initial approach to his role goes, sounds like a plotter. He talks about reading the script over and over, trying not to consciously favor the role he’s been given. In Part One of his interview he says: ‘Only after several readings will I start to tackle the inner development of his character. If there is other material available to help character development, I explore it after understanding the script at hand.’ This is so much like a plotter! Patrick absorbs the story—his ‘first draft’ work—and only after he fully understands the plot and arc returns for the ‘second and third draft’ work of filling in the character more fully.

Ellen, as I mentioned earlier, started out by making lists of Anne’s traits and rehearsing in clothes similar to Anne’s. She focuses on the character elements from the get-go and finds that the most insistent part of the job. So, you see, it’s the great divide again! With Patrick (at least initially) focusing on plot and Ellen focusing on character.

Mel: Given your experience, what are some of the challenges that writers have that an actor may not have to consider, and vise versa?

Sandra: The obvious challenges for writers are that they not only take on the role of one actor, but that of multiples actors, as well as the responsibilities of the stage designer, the costume designer, the props master, and, of course, the playwright. Actors have less control over the final product than writers do. It’s the flip side. They aren’t the playwright or stage designer or props master. And as Ellen reminded us in Part One of her interview, an actor’s freedom in her work depends on the director’s style. She must adjust her approach to that of the director—and, of course, the actor has to fit the director’s vision to even get the role.

Mel: Interestingly enough, in talking with Ellen about this production of Anne and Gilbert, she said the director, Martha Irving, used a mix of styles: “I definitely had a lot of freedom to play and explore, but then there were moments where the director had very specific ideas about what she wanted implemented. This being our second year working together on the show, it was more a case of tweaking little things, and deepening moments that already existed.”

Sandra: I suppose it’s a bit like working with the same editor the second time around. The collaboration flows more easily because each side understands the other and knows what to expect.

Reading Ellen’s and Patrick’s interviews made me terribly envious of the intimacy they have from working with each other and the audience. They get to work on their craft together—and clearly love and respect that opportunity. They also have the huge gift of the audience during their performances. Sure, it’s completely exposing to walk out onto a stage in front of hundreds of people, but stage actors know immediately the reaction to their work and can hone what they are doing based on that reaction. I really was covetous of Patrick’s chance to reform the scene where Gilbert gives Anne her parents’ letters from comic to sensitive, as a result of how the audience reacted. Writers just don’t get that intimacy of collaboration with other artists and their readers.

Mel: This is something I also noticed right away. Perhaps that is why some writers enjoy talking about their books online with their readers and other writers.

I suspect that is one the reasons I enjoy doing it…

I’m very grateful to  Sandra, Patrick, and Ellen for taking part in this series and those of you who took an interest in it by sharing your comments and the blog posts online. I had hoped that by doing this series it would connect lovers of  theatre and writing  (and maybe a few L.M. Montgomery fans) together so that we can learn from our processes.

You can find all of the links here:

Me Getting Crafty with Maud